Education After Snowden: Teaching and Learning About the New Information Order 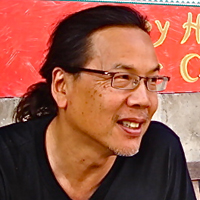 Regardless of its continued value as a utopian statement about the possibilities of equitable digital technologies and worlds – the New London ‘Pedagogy of Multiliteracies’ (1995) became a means for ongoing research and development in teaching in and through digital arts, new technologies and emergent modes of representation. Much of the work over the last two decades in multiliteracies has focused on creative and critical engagement with new technologies as means for expression and representation, with a strong focus on student ‘voice’, identity and place of students and communities who have been historically marginalized in print-based, industrial-era education. ​At the same time, everyday student use of social media has led educational systems to develop, with great haste and no small degree of moral panic, a range of protocols, rule systems and procedures that attempt to govern and manage digitally-mediated social relations.

Yet a robust debate about ‘what’ to teach this generation about the power and risks, possibilities and limits, social and material relations of the new information order. By definition, New London could not have anticipated such digital phenomena as: Hacktivism, cyber-bullying, Wikileaks, Gamergate, Google versus the Great Firewall of China, the Internet of Things, and a host of other new social, economic and cultural phenomena. How and what do we teach students about ​the new information order? About how to live and work within that order? About the relationships between ownership, profit, state control, power? About truth, propaganda and lies? About the redefinition of public and private space and information? About ownership of information and freedom of access? This talk is a deliberate attempt to open the pandora’s box of teaching about and for a new political economy of communications and new communicative ethics.

Allan Luke is supposed to be retired in Australia as Emeritus Professor, Queensland University of Technology. But he’s moonlighting as Adjunct Professor, Werklund School of Education, University of Calgary and will be joining UBC in November, 2015 as Affiliated Professor to the Department of Language and Literacy Education. After teaching in the Fraser Valley and Okanagan in the 1970s, he finished his PhD at Simon Fraser and moved to Queensland. He spent three decades working in Australian teacher education, educational research and school reform, publishing a truckload of stuff on language and literacy education, sociology and policy, discourse analysis and school reform. Along the way he was Deputy Director General and Ministerial Advisor for Queensland (1999-2003) and Foundation Dean of Research at the National Institute of Education, Nanyang University, Singapore. This talk is based on current work he’s doing with colleagues at the University of Calgary.