Beyond Twitter: Teaching in the Face of Another New Literacy that Matters 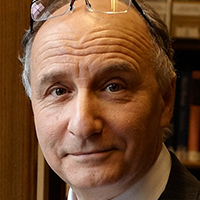 Now that open access to research has reached the tipping point in scholarly publishing, as this talk will argue, it is time to think about the implications of this access for literacy and language educators. The current and coming access pose a range of educational opportunities for adding a new forcefulness and authority to the work that teachers and students do with language and literacy. While much work still needs to be done on this natural experiment in increased access to knowledge, initial research results on the professional use of this work will be shared, as well as speculation on how, in combination with Wikipedia, Citizen Science, and other open data movements, teachers and students can tap into these public goods and lifelong tools of great political, social, and intellectual force.

John Willinsky is Khosla Family Professor of Education and Director of the Program in Science, Technology, and Society at Stanford University, as well as UBC LLED alum. He also directs the Public Knowledge Project, which conducts research and develops open source scholarly publishing software in support of greater access to knowledge. His books include the Empire of Words: The Reign of the OED (Princeton, 1994); Learning to Divide the World: Education at Empire’s End (Minnesota, 1998); Technologies of Knowing (Beacon 2000); and The Access Principle: The Case for Open Access to Research and Scholarship (MIT Press, 2006).